So, This is What it is Like To Have Energy

I guess this is how adding red cells when you aren't used to having any works.  At first I felt OK but not a giant difference.  By this morning I was feeling like a happy person with energy.  Our first gig was at noon, Nate's Garden Grill.  All their food is good, carnivore stuff or not.  It's a cool place with half the tables outside.   The kitchen is located on one side where indoors meets outdoors.  It works well.  Lots of families with babies.

I'm always surprised that people sit right there in front of us with their kids.  We are not loud, as musical groups go, but still I would not think they would feel good hanging right there with their babies.  It's weird playing to tables and people eating.  I often covet what I see on their plates as I musically babble through the harmonica.

It was so shocking to me today that I not only did not feel winded carrying an amplifier or walking to the car or any of that.  I had no idea that this would make such a difference in my playing.  Not stuff that involves much breath but finesse stuff and nuance.  Everything felt so easy and doable.  I am used to it actually hurting.

I know I will soon turn back into a pumpkin.  My preferred thought is to enjoy this while I can and throw my heart into the playing without being a lunatic or inappropriate, but when there is a cut loose number go out for all I am worth.

Now, I felt like I was really delivering quality backing and playing at Nate's.  I was loving it.  But on our second gig, this evening at Rebecca's, I gave our "John, cut loose!" number everything I could.  I have no idea what I did but people were reacting audibly at several points.  It's almost a polka beat, but not.  I forget what someone called it.  All B minor and only a couple of cords, but pure heaven for me.  Anyway, it's the kind of thing no one else is probably doing.

Maybe this was an important show for that group.  Another group played and then a guy did a short set, and then us.  I looked up and all the people usually doing other stuff while they listen were all watching us, and the baristas were leaning at the end of their counter listening.  It was like all other activity was suspended.

People were saying, "What are you guys doing here?".  I should tell you that the South Park area is rife with lunacy, so as great as those compliments might feel,  it is not something I'd take to the bank.

The whole thing with me was concern that I might be already back to the condition I was in that panicked my hematology guy into topping me off with some high test A negative.  A circumstance I never thought I would face.

I grew up under and around certain people who would have refused a blood transfusion.  I used to wonder if I would have qualms.  I guess not.  I knew the score, and my Dr., and there is no way he would order such a thing if it weren't imperative to the life of the patient to some degree.

I don't think I should continue discussing this now.  It could make me sad.  That is wrong.  Go be sad after you kick.   Despite what people make of it when they think it's all forever, life is a remarkable and beautiful state of affairs.

Probably there will be some difficult days ahead, but I have a shot at getting past it for some time.  Depends what we got going.  I probably already know, but I prefer to let that slide.  I need it all to turn around.  And it may.

In the mean time, I hope I still have energy tomorrow and that it does something good for a person to cross my path or hear us play.  If it does, then I'll probably be having a good time, and they'll throw money.  Right.

It will be outdoors, and should be a decent crowd.  I would have rather had a later time, but people will be out, just not as many as later.  We play at 12.  I hope we do as well as today.  We had some errors, but they really did not matter.  No clash or off key mistakes.  Sande never sings off key. I have never heard her hit an off pitch note.  Some people are not all that into it, but a ton more are.  Especially lately.  Something changed.

We got an encore after the cut loose number.  Never seen that in a coffee house.  They were friggin chanting.  So, Sande graciously agreed to do another "John cut loose" number.  I was kind of paranoid about turning back into a pumpkin.
'
I was sitting sideways in my car, door open, feet on the ground.  I stood up.  I am so much in the habit of that being a real effort that I groaned without thinking, but I was already up.  I just stood up like i used to do.  I guess I used to.  I honestly do not remember how differently I felt, but I know I did.  This is another ball game.  Priorities and outlook change a lot, but if you notice it, it is scary, so if I am you, the you just block out the things that bring uncertainty and fear.

Because all I really need is what I said before, the cabin to be put in spic and span spiffy primo condition, and to have some other things straightened out.  Then I can face whatever.

It looked like several people were taking video.  I wonder where they'll be.  I hope they youtube them.  What their titles would be, I am not sure.

I made a mistake of looking up treatment for what I thought maybe they'd diagnose when the results of the appropriate tests are back.  I'm doing no more of that.

Until awhile ago, I was really feeling upbeat.  I have to maintain that.  Whether it influences this condition or not, it is a lot more enjoyable being upbeat.  If time may be a little less abundant than I like, all the more reason.  Be upbeat while you can.

One thing for sure, I have not been imagining things.  Some people tend to need that sort of reassurance regarding their sanity.

Oh. This was about energy.  What a great feeling.  I was in one of those "I love everyone" modes.  Even the people I cussed at in traffic.  One of those, "He's as lazy as a dead skunk, bless his heart" sort of things.

I almost forgot.  Never mind.  Suffice to say this brief reprieve made possible by modern medicine has been, and is, I hope, a real treat.

Most of all I am missing denial about now.

Posted by John0 Juanderlust at 1:25 AM 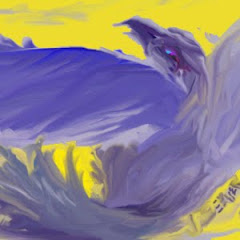